The Chief Information Officer, or CIO, has responsibility for the information technology, infrastructure, and strategy that support a company’s business goals. Far beyond deciding what email system to use, or whether to use Macs or PCs, the CIO makes strategic choices about how a company will invest in technology that will help it grow and thrive.

CIOs play a vital role in the modern economy, guiding companies towards the right strategic information technology investments. The CIOs on this list are active and engaged on Twitter, and each CIO’s name links to his or her Twitter profile. Tim Crawford is the CIO Strategic Advisor at AVOA, where he advises CIOs and business executives on strategic IT transformation initiatives. Prior to taking on the role of advisor to CIOs, Crawford served as a CIO himself for All Covered, a Division of Konica Minolta Business Solutions and as Director of IT Operations at the Stanford Graduate School of Business. Crawford also serves on the boards of Modius and CloudVelox. 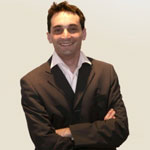 Maxime Duprez is CIO at Restalliance located in Lyon, France. At Restalliance, a growing service company, Duprez has built the company’s information services department, and its information infrastructure, to meet the needs of a changing landscape and expanding staff. Prior to joining Restalliance, Duprez held a similar position at Olympique Lyonnaise Groupe. Jim Fowler is the CIO at GE, a position he has held in various ways for nearly a decade. Prior to joining GE as a manager in 2000, Fowler worked at both Accenture and AT&T. Fowler is also on the advisory board of the Boston CIO Leadership Association, which awards annual accolades to CIOs in New England. Dr. John Halamka is the CIO of Beth Israel Deaconess Medical Center in addition to being the Dean for Technology at Harvard Medical School, Chairman of the New England Health Electronic Data Interchange Network (NEHEN), CEO of MA-SHARE (the Regional Health Information Organization), Chair of the US Healthcare Information Technology Standards Panel (HITSP), and a practicing Emergency Physician. It is certainly rare to find a CIO with an MD, but Dr. Halamka's medical background combined with his understanding of information technology makes him an ideal fit for the role.

Viktor Juhász is the CIO and co-founder at ReframeYourClients, which itself is an Account Management and vCIO services platform, allowing Managed Services Providers (MSPs) to offer strategic technology roadmaps to their clients. Juhász also works as a vCIO and CEO himself at iSolutions, ltd. WIll Lassalle is CIO and Chief Information Security Officer at JLS Technology, a company that provides information technology services ​to organizations of all sizes ​and from all industries. On Twitter, Lassalle regularly shares data security tips for his more than 10,000 followers. 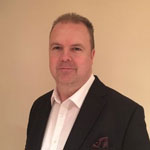 Christian McMahon is the Managing Director and CIO at three25, a company he also founded. Three25 acts as a platform through with McMahon can offer strategic CIO and CTO services for a range of different companies and industries. Christian has been recognized as a leader in digital transformation by HP Enterprise in addition to being ranked among the world's most influential CIOs. Nalden, perhaps the only CIO who chooses to go by a mononym, is a co-founder as well as CIO at WeTransfer. Nalden's company is a digital file transfer service, which he has helped to build from the ground up. Before founding WeTransfer, Nalden was a co-founder of Present Plus, which was then acquired by WeTransfer. Nalden resides in Amsterdam in the Netherlands. Christoph Schmutz is CIO at the Austrian Federal Railways, located in Vienna, Austria, which serves more than a million travelers each day. Prior to joining the railway, Schmutz was Head of IT at Austria's largest bus company. Scarlett Sieber is the the SVP, CIO and Head of Strategic Transformation and Digital at Opus Bank. Additionally, Sieber contributes to the Huffington Post and has written for Forbes. Sieber holds a Bachelor's degree in Accounting from Fordham University and has acted as a mentor as well as a youth ambassador to the United Nations. Adam Stanley is the Global CIO and Chief Digital Officer at Cushman & Wakefield, a leading commercial real estate company. At Cushman & Wakefield, Stanley has championed new data visualization techniques as well as the integration of leading edge technologies like VR to enhance productivity. Stanley was formerly the CTO at Aviva and Aon. As Senior Vice President at Lenovo, Kim Stevenson has made gender equality and diversity in IT a core issue. Stevenson was previously COO at Intel. Cynthia Stoddard is Senior Vice President and CIO at software company Adobe. Prior to joining Adobe in 2017, Stoddard worked at NetApp in a similar position. As a regular social contributor, Stoddard shares a great deal about the happenings at Adobe, and about technology innovations more broadly. Stoddard holds a Bachelor's degree in Accounting as well as an MBA. Chantal Tomlinson is the CIO and VP of Information Technology at World Vision Canada, a humanitarian charity. Tomlinson has been at World Vision for more than a decade and has attended both the University of Toronto and the Schulich School of Business. Dave Trader is the Chief Information Security Officer at GalaxE Solutions in Detroit. Trader has also worked with the FBI for more than a decade as part of InfraGard, a non-profit organization and partnership between the public and private sectors in the security industry. Alfonzo Venturi is the CIO at LeasePlan Australia Limited, where he is responsible for directing the Business Information Services Business Unit of the Leasing Services Division. Venturi is also the founder of Picaso Consulting and a Director at miCloud Solutions, which specializes in disruptive innovation in the insurance industry. In addition to his role as CIO at GBC Global, Preston Williams III is a member of the Big Data Advisory Board at Rutgers University as well as the Advisory Council for the Harvard Business Review. WIlliams is also a fellow at the African Scientific Institute.