What Happens to Brick-and-Mortar Campuses When a School Goes Out of Business?

What I have seen happen with colleges that just literally closed is that you suddenly have green space plus buildings. And the first thing you have to figure out is who owns them? How do they align with the local municipality, the state laws, and all of those places?

With Covid-19 straining financial budgets, lots of low- and mid-tier universities might be in trouble, especially if they don’t have robust distance-based offerings.

The $2 trillion rescue bill signed by President Donald Trump in March provided $14 billion for higher education. But the American Council on Education said the package was “woefully inadequate.” The funds also disproportionately left out some of the institutions that were most at-risk. Universities are therefore asking the federal government for more funding to avoid deeper cuts to finances and operations.

However, although the pandemic has introduced new risk, even before the pandemic, many U.S.-based higher education institutions were struggling to enroll enough students and financially support campus operations.

Figures from the National Student Clearinghouse Research Center’s Fall 2019 Current Term Enrollment Estimates study showed postsecondary enrollment numbers decreased by 1.3 percent in fall 2019, a drop of more than 231,000 students from the year prior. This marked a first-time dip in student enrollment below 18 million over the course of a decade, since the number of enrolled students peaked in 2011, according to Forbes.

Understanding what happened to campuses that closed before may provide insight into how universities’ campuses may be reimagined and reused should they be forced to close. It will also be critical to recognize the impact the coronavirus pandemic currently has on institutions, as colleges seek to stay afloat during the stressful period.

To learn more about the subject, we talked to an expert that has experience with closed institutions to understand how brick-and-mortar campuses could be repurposed when their programs end. 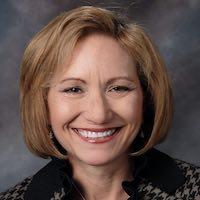 In early 2020, Dr. Lynn Priddy became the Executive Advisor and Provost Emeritus at National American University, which provides education for adult students at 35 campuses, and has also worked with multiple institutions since that time. Through 2019, Dr. Lynn Priddy served as NAU’s Provost and Chief Academic Officer. She has more than 30 years of experience focused on higher education, and has also served as English faculty, director, dean and vice president of several institutions.

In 1999, she joined the Higher Learning Commission, the largest regional accreditor. There she served as the Director of Education and Training and Peer Review, as well as Assistant Director of the Peer Corps and Support Processes. Prior to that, she was Director of Institutional Research and Assessment, and then took on the role of Vice President of Planning, Evaluation and Improvement for Wisconsin-based Nicolet College, where she received the Board Award for outstanding service. Priddy also has experience with closing institutions.

Dr. Priddy has a PhD in Higher Education from Capella University; a master’s in English and Curriculum and Instruction from the University of Minnesota–Twin Cities, where she was named Young Researcher of the Year; and a bachelor’s degree in English from the State University of New York.

In April, 1.3 billion learners globally were affected as the outbreak of the novel coronavirus pandemic prompted schools to close in response to nations’ efforts to inhibit the spread of the virus, according to the United Nations Educational, Scientific and Cultural Organization (UNESCO).

At the start of summer, EducationData.org, a research site aimed at making data about U.S. education systems more open and accessible, highlighted data reporting that 98 percent of U.S. higher education institutions have moved the majority of their in-person courses online to support over 22 million students impacted by nationwide stay-at-home orders.

Professors and students alike had to quickly adjust with the rapid transition to online learning in order to maintain connection over the initial pandemic period. This jump into distance learning was a massive shift for many schools that normally carry out operations through in person classes at brick-and-mortar campuses, and continues to be a challenge for many campuses offering a mix of in-person, online and hybrid learning models for students entering Fall 2020.

And higher ed institutions’ financial books are taking a hit, which threatens continuation of operation for many schools.

Higher education in the United States had already been showing signs of stress, such as relatively flat net tuition revenue, weak projected growth in student enrollment, and a decrease in international student enrollment over recent years, according to Inside Higher Ed. Adding shocks to operations and a global recession introduced by the pandemic will inevitably further exacerbate weakness in new student enrollment and prompt cuts in state funding. This money is critical to university financial health.

While there is still debate as to whether students will be willing to pay full tuition for an online education from what are normally brick-and-mortar campuses, it’s the route most schools are taking in the interim to generate some semblance of profitability. So generally speaking, while all educational institutions are facing uncertainty and risk, there is an increased threat to low- and mid-tier institutions without distance-based learning offerings to maintain profitability.

Some low- and mid-tier higher ed institutions are already beginning to close.

With efforts to limit the spread of Covid-19, many schools were forced to move their operations online. And for schools that didn’t have robust online program offerings or were already financially struggling, the pandemic exacerbated income and forced them to close.

Illinois-based MacMurray College’s Board of Trustees recently signed an agreement to auction off the 60-acre campus in its entirety. After years of financial struggle, Covid-19 was the straw that broke the camel’s back, prompting the board to announce on March 27 its decision to close the college’s doors.

Wisconsin’s Holy Family College also announced in May its school would shutter its doors for good in August due to financial struggles exacerbated by the pandemic, but has not announced plans regarding campus repurposing yet.

Dr. Lynn Priddy, Provost and Chief Academic Officer at National American University, who has a great deal of experience with closed institutions, said that post Covid-19, she anticipates there will be significant numbers of college buildings, infrastructure, and other physical properties that are no longer needed by schools.

While there may be an increase in campuses closing following the pandemic, again, many U.S. low- and mid-tier institutions were already facing financial struggles and risk of closing pre-Covid-19.

Vermont’s College of Saint Joseph closed in the summer of 2019 after being placed on probation by its accreditor in 2018, amid a slew of enrollment difficulty and financial stress. And for the campus, this meant reimagining how to use its buildings and space.

It is important to note however, that schools’ options may vary depending on the school’s size, lease, board and other factors.

So, when brick-and-mortar higher education institutions determine they cannot earn enough money to keep operations going and are forced to close down, what happens to the shell of the campus left behind?
According to Priddy, what kind of campus a school has will often impact what happens in terms of repurposing or or working with options.

“What I have seen happen with colleges that just literally closed is that you suddenly have green space plus buildings,” Priddy said. And the first thing you have to figure out is who owns them? Does the school? How do they align with the local municipality, the state laws, and all of those places?”

In some cases, there has been the repurposing of college campuses into senior housing communities, reform schools for kids, casinos, or immersion experiences by foundations or hotels, depending on the school’s size, Priddy explains. Aspire is one organization that has repurposed residential dorms to support its work with developmentally delayed adults who often live in communities.

Another option for closed campuses often involves take over by other institutions.

“Many times with college closure you’ve got another college, just right down the street,” Priddy said. “So perhaps the community college is expanding big time going into wind turbine technology or something else highly technical and is planning to do a boot camp. So it may move into a closed school that already has equipped labs to use that space.”

Oregon’s Linfield College, which offers a four-year nursing program and had previously had to turn students away due to lack of space, bought the University of Western States Campus in 2018.

More recently, in the case of Purdue University recently announcing plans to close its master of business administration program for the 2021 year, it is a larger school with online programs and was able to move its other existing programs into the closed space.

“The school’s residential MBA program accounts for only 2 percent of our total graduate and undergraduate enrollment,” Tim Newton, Director of External Relations and Communications at Purdue’s Krannert School of Business told OnlineEducation.com, to explain the minor portion of the school impacted.

In the immediate future, Priddy commented that architectural firms, like Sasaki, are taking a leading role with institutions and municipalities in repurposing buildings into sustainable green spaces and public buildings. Given the likelihood that Covid-19 will mean far fewer students in dorms, these architectural firms are key in rethinking what the dorms might be.

“In fact, whether a college closes or not,” Priddy noted, “There will be repurposing of buildings—and should be—for purposes of public health, sustainability, and equitable and inclusive use.”